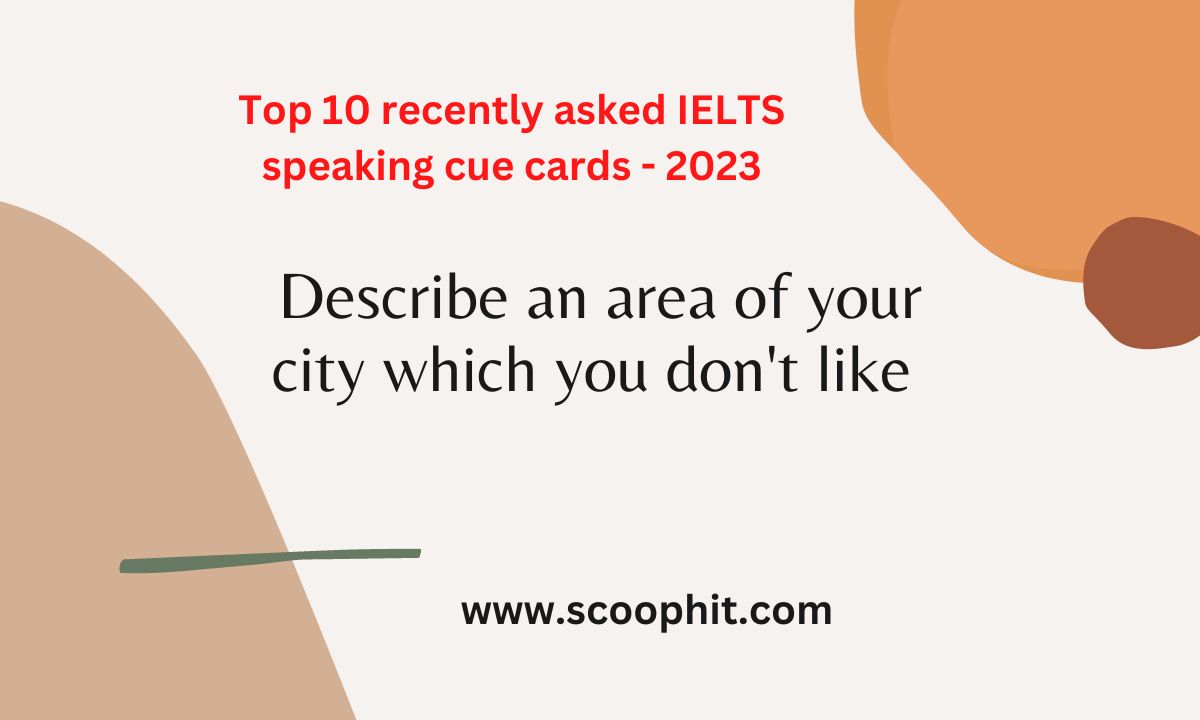 One area of my city that I don’t like is the downtown district. The main reason why I don’t like this area is because it’s always crowded and noisy. The streets are filled with people, cars, and vendors, and it can be quite overwhelming at times.

Another reason why I don’t like this area is because it’s not very clean. There’s a lot of litter on the sidewalks and the air quality is not great due to the heavy traffic.

To improve this area, I think the city should invest more in infrastructure and public transportation. This would make it easier for people to get around and would reduce the amount of traffic on the streets. Additionally, the city should also invest more in cleaning and maintenance services to keep the area clean and tidy.

When compared to other areas of my city, the downtown district is much more developed and has more amenities. However, it’s also much more hectic and chaotic.

Overall, my perception of my city is affected by the condition of this area. The downtown district is an important part of my city, but the overcrowded and dirty streets make it less enjoyable to visit.